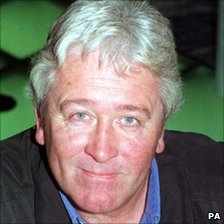 Its with great sadness that here at HorrorCultFilms we announce the death of TV writer John Sullivan Best known as the creator of Only Fools And Horses, the talented genius who was also behind such hits like Citizen Smith and Just Good Friends, died at the young age of 64 after a short illness

With yours truly being brought up on the antics of Del Boy and Rodney, this news has caused shock among the entertainmet circle.

Sir David Jason, who played Del Boy in Only Fools and Horses, said he was “devastated” at the loss of his friend. He said: “We have lost our country’s greatest comedy writer but he leaves us a great legacy, the gift of laughter. My thoughts at this time are with his lovely family.

BBC director general Mark Thompson said: “John had a unique gift for turning everyday life and characters we all know into unforgettable comedy.” Mark Freeland added: “No-one understood what made us laugh and cry better than John Sullivan “He was the Dickens of our generation. Simply the best, most natural, most heartfelt comedy writer of our time.” He added: “Everything he wrote was basically about his life and the absurdities he faced, and the great characters he met and they just struck a resonance with everyone in the nation – you don’t get an audience of over 23 million people if you’re not doing something right, and chiming bells with a huge amount of people.” J

John Sullivan was appointed an OBE in 2005 for services to drama and the third and final episode of his latest work Rock & Chips, an Only Fools spin off will be shown on BBC One on Thursday.”

Please leave your tributes on our Forum page!

What is it all about? A mall security guard has to protect a female witness from a gang after they lose all forms of communication during a storm. The Trailer! The Verdict: The tagline states […]

And here he is: Yes its John Leguizamo who has signed on to play Del Boy Trotter in the US remake of Only Fools And Horses and while I am the first to admit that its […]

Its taken how many years?……..too many for me to recall but finally the USA have realised just how great Only Fools And Horses is and have decided to do their own version.   Yes […]