Print hasn’t long left for this world, some people say. Poppycock. If there’s one thing I’ll put my money on is that print will last a heck of a long time in the form of books and magazines. Yes, digital may have its place in this technological world, but if you’re like me, you’ll love the physical aspect of reading a book or a magazine, turning the pages, smelling the printed paper, browsing the colourful images and reading the informative text without getting eye strain.

Even though we write movie and gaming reviews, film news and features on a daily basis, I still enjoy reading someone else’s work to get their take on upcoming films and for their special exclusive features from movie sets and interviews with Hollywood stars. I’ve been a long time reader of Empire magazine and have occasionally bought their rival magazine, Total Film. They are two very different magazines even though they have the same focus; it just depends what style of writing you’re into. One particular edition of Empire that will always stick in my mind was during the year 2004. Sam Raimi’s Spiderman 2 was due to release in the summer and whilst I was stuck in Wales with not much to do, I managed to pick up a copy of Empire which had a holographic-style cover of Spidey. These covers, along with subscription only covers, the likes of which you can get if you subscribe via magazine.co.uk or similar, make these magazines more than just reading material but actual collector’s pieces. I still have particular issues that I’ll re-read now and again, containing some of my favourite articles. Sitting on the book shelf, the mag is waiting to be read anytime: at breakfast, on the train to work and even in a power cut – something those digital editions would suffer from if your digital e-reader device ran out of battery charge.

I’m not just a fan of movie mags though. As a console gamer kid, I was addicted to gaming magazines and would use them to find out cheat codes for games I was playing and for gaming recommendations I would have otherwise missed out on. If it wasn’t for gaming magazines, I wouldn’t have searched out and played Square Enix’s release Kingdom Hearts for the PS2 and that is one of my all time favourite games. Of course, the demo discs that were often given as a free gift were always welcomed and passed a few hours as they tempted gamers, like myself, to newly released games on the market. I sometimes hark back to those days, the times of the Dreamcast, N64 and PS1, and the Mega Drive before that, formats which I think still hold their worth even now. Magazines like Retro Gamer dedicate themselves to those classic consoles and are great for keeping past games alive.

Magazine print outlets get to go behind the scenes and find out all the juicy news of the latest films and games to be announced, as well as offer up some engaging insight into things like tips for first-time filmmakers or the best rig setup for certain PC games. A magazine will bring the information to you rather than you having to look for it. Mags take away the choice and say “hey, this is what we’ve got to say and what we think you should check out”. Without that sort of approach, we’d miss out on a lot of things, and so by having 70 pages or so of content containing articles that are of interest, the reader is enlightened on what they should be looking out for, or not as the case may be.

There’s so much to be enjoyed by print and that is still evident today as book shops and newsagents continue to fill their shelves with various titles to please different tastes, hobbies and interests, whilst websites allow readers of a particular magazine to subscribe annually online at a reduced rate. If anything, it’s easier than ever to get your hands on your favourite magazines, which is why print is here to stay. With an internet theatened by control and censorship at every turn, we need the freedoms of print more than ever. 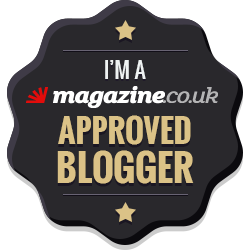 We’ve had the Oscars, The BAFTA’s, The Golden Globes and everything in-between, but now the people get their chance to speak with Empire magazine’s Jameson sponsored awards. Readers of Empire magazine got to […]