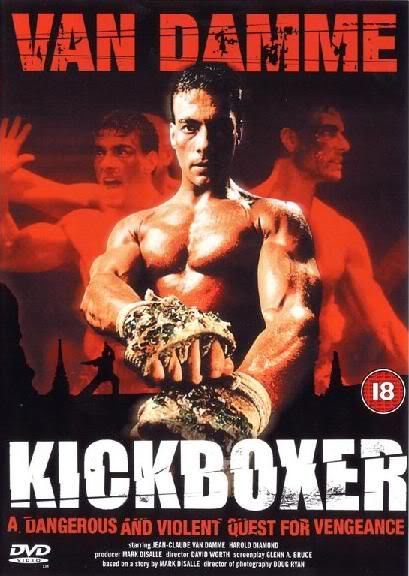 It hasn’t even come out yet – in fact, it hasn’t even got a release date – but the producers of Kickboxer: Retaliation must surely be confident about it, because they’ve already announced that they’re developing a sequel. I had actually forgotten about this, but now recall that Tony Jaa was going to appear at one point. Considering that the original is probably one of Van Damme’s best movies, I can only get annoyed yet again about another pointless and unwanted remake. Still, the movie has been shot, and seems to be essentially a fairly straightforward retelling of the original story. Alan Moussi, who is best known as a stunt performer in movies like X-Men: Days of Future Past and Brick Mansion, plays the lead, Kurt Sloane. After his brother dies in a Muay Thai match with the vicious Tong Po [played Guardians of the Galaxy’s Dave Bautista], Kurt seeks out Master Durand [Jean-Claude Van Damme himself, now taking over the wise mentor role] to help him get revenge. Van Damme appearing in it could ensure that the film has some worth, but I’m sadly waiting for lots of quick cut, shakycam fight scenes!!

Anyway, the sequel has already been announced, and it will feature the huge Hafthor Julius Björnsson, yet another Game Of Thrones star to start appearing in movies, though we don’t know in what role. Moussi and Van Damme are both reprising their parts, and the plot will reportedly see them pitted against a “syndicate of criminals”, which doesn’t tell us much really. Producer Rob Hickman cites what he calls the “staggering” early interest in the first film as the reason they are moving forward with the sequel, though I find that hard to believe myself.

In the meantime, Kickboxer: Retaliation, also starring Gina Carano, is out some time this year. John Stockwell is the director.

From the producer of Airborne, sci-fi flick U.F.O. will be released in selected UK cinemas from 14th December and on Blu-Ray and DVD, Download and On-Demand on 24th December 2012, courtesy of Revolver Entertainment. Directed […]