As the face of law enforcement in America for almost 50 years, J. Edgar Hoover was feared and admired, reviled and revered. But behind closed doors, he held secrets that would have destroyed his image, his career and his life.  As he dictates his memoirs to his biographer Agent Smith, we move back and forth through Hoover’s long career, a career which spans gangsters, two world wars, a presidential assassination, the civil rights movements and other important events which helped shape the United States into the country it is today…… 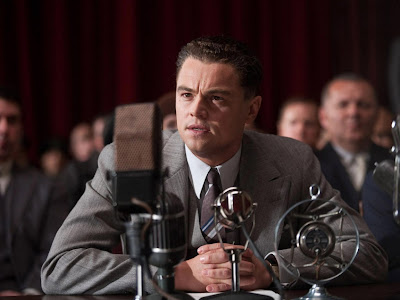 Possibly the most feared person in the United States, John Edgar Hoover is one of the most fascinating, yet enigmatic, characters of the last century.  He founded the FBI in 1935, and remained its director until his death on 1972.  He was responsible for modernising police technology, such as forensics and a centralised fingerprint file, but his public persona as a crusader against crime became tarnished as he forever tried to exceed the FBI’s jurisdiction. He collected evidence illegally, harassed political dissenters and activists, and possibly had ‘something’ on virtually everyone, which is probably why no president attempted to replace him.  His private life remains a mystery.  With seemingly little interest in women [though Hollywood star Dorothy Lamour claims she had an affair with him], it has been alleged that he was a cross dresser and gay, with his aide Clyde Tolson possibly his lifetime companion, but nothing has been proven.

Such a figure, who has been played before in films, most notably by Gary Oldman, and even had an earlier biopic about him, 1972’s The Private Life Of J. Edgar Hoover, ought to be fine material for a fascinating movie.   Clint Eastwood’s latest directorial effort is certainly fascinating, but it doesn’t entirely work.  It’s one of those films that is entirely absorbing but just misses the mark.  Typically for Eastwood, it’s a very restrained effort; low key, intelligent and slow paced, but perhaps it’s a little too restrained for the subject.  You would have thought, for example, that Hoover’s battles with the gangsters during Prohibition, resulting in deaths [i.e. John Dillinger] and arrests [i.e. Machine Gun Kelly] of many of the well known hoodlums, would take up some of the film, but no, the script by Dustin Lance Black virtually omits all this.  The emphasis is often strange; a great many events are only mentioned in passing, but at least half an hour is devoted to the Lindberg Baby case, where the son of aviator Charles Lindberg was abducted, found dead and after two years the murdered identified.

There is quite a bit of vagueness.  The decision to have Hoover’s meetings with whichever president has just taken charge occur off screen works well, but others don’t.  For example, it seemed hinted at to me that Hoover had something to do with the assassinations of both John F. Kennedy and Martin Luther King, but they remain just tantalising hints.  Much of the emphasis is on Hoover’s private life, but even here some things are only touched upon.  Hoover and Tolson clearly love each other, but I didn’t get the feeling in the film that they are actually lovers; then again, I wasn’t sure.  Helen Gandy, the woman who was Hoover’s secretary for all of his reign as head of the FBI, turns down Hoover’s proposal of marriage near the beginning but then agrees to become his secretary, but we are not given any indications why she stays with him so long.  In fact, we never really get to know Hoover properly, but then I doubt that Hoover knew himself properly anyway!  The depiction of Hoover as an emotionally stunted, almost a-sexual individual [which is not far away from the portrayal in the1972 film] who has trouble articulating any feelings- when he has them at all – remains intriguing, and the odd moment works really well, most notably when Hoover is trying to tell his mother he has no interest in women and she tells him a story of how a child transvestite was ‘punished’ and makes her hatred of transvestites known.  The despair on Hoover’s face is quietly powerful, Leonardo DiCaprio totally nailing the moment with great subtlety.

J. Edgar uses the Citizen Kane structure of much of his life story being presented in flashbacks, and though this has been criticised, I think it worked quite well,  especially during one flashback which ‘corrects’ a flashback seen earlier narrated by Hoover; Eastwood obviously isn’t bothered about breaking the ‘camera never lies’ law that filmmakers feel overly obliged to keep to.  Despite the jumping around in time, the film is never allowed to deviate from its leisurely but steady pace, while the lightning is generally low key and almost de-saturated of colour, except for some flashbacks which are bathed in colours associated with nostalgia. Overall the look of J. Edgar is mostly the same as that of Eastwood’s previous movie Hereafter, with much use of lights showing people up as silhouettes and shadows, and, while it worked superbly for the other film, it gets a little tiresome in this one, despite the cinematography being by Eastwood’s usual collaborator Tom Stern.  It also doesn’t show the old age makeup in the best light and sometimes makes the cast look like wax dummies, though the most careful lighting in the world couldn’t make Armie Hammer’s elderly makeup as Clyde Tolson look good; it’s appallingly bad and I had trouble not laughing out loud in this o-so-serious, sombre film.

Leo really is great though; he may not look like Hoover, but through attention to detail and a fine approximation of that stuttering voice Hoover had, he really gets to inhabit the character.  Judi Dench manages to be a little scary as his pushy mother.  All the performances are fine, while Eastwood’s minimalist scoring, as usual, works well.  His scoring, usually based on one simple theme [though Hereafter had three, which is more than a great majority of today’s tuneless soundtracks manage], has been much criticised, but I like it; it’s different and his themes have an affecting melancholy about them.  The whole film has a melancholy about it, something that is hardly surprising from its nearly 82-year old director.  I have great respect for Clint; he doesn’t seem to want to stop directing movies, so he continues to do so, on a variety of subjects and steadfastly making them for adult audiences.  J. Edgar is a below-par effort for him, and I’m not sure Eastwood was the right man to direct it, though Black’s script is perhaps the film’s biggest problem.  Still, if you fancy a change from explosions and car chases, I still recommend you check it out; it does have its qualities and is often very interesting.  I’ll admit something though; the Private Files picture was more fun!.

As a fan of the original films and TV series, I wasn’t impressed much with Guy Ritchie’s mediocre 2015 reboot, with its two leads having not even an ounce of the chemistry of Robert Vaughn […]