The Truth or Daredevils are a group of young people who film apparent hard core dares and upload them to YouTube. After an apparent stunt, a Russian roulette style challenge, goes horrifically wrong they gain an amount of fame, or perhaps that should be infamy, but of course the video is fake. The filming of their next stunt is interrupted by unhinged uber fan Derik (Ryan Kiser) who is upset that they fake their videos. He holds them at gun point and forces them to play his own game of Truth or Dare where the truths are friendship destroying and the dares are bodily destroying, and where none of it is fake.

Truth or Dare is a lowdown dirty and scuzzy horror film that has shades of black comedy, but nowhere near enough or funny enough for it to fall in to that category, and is mostly an exercise in one room filmmaking. In this respect, the film never quite catches a handle on the difficult task. Plenty happens in this one room, it’s just that a lot of it is quite samey and you lost interest quite quickly. The Truth or Dare format could lend itself to some interesting character drama, and it starts off a little in this way as the truths that are answered reveal some of the depravity that the characters live, but the film blows all of this too quickly, just telling you about everyone’s dirty little secrets quickly instead of teasing them out over the course of the running time. This would have made things more interesting as relationships would have fallen apart and decisions would have been made that could have been shocking. Instead the film just deposits most of the cast as ‘freaks’ that it can then gleefully cut up. 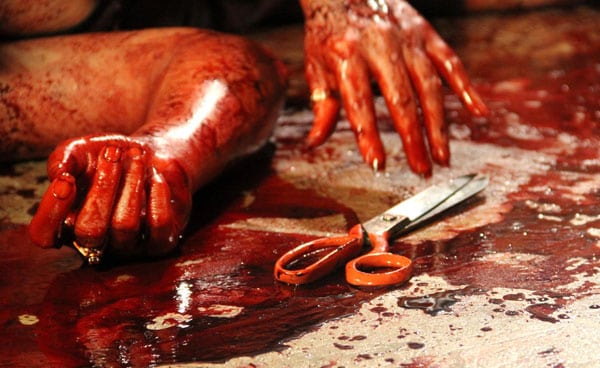 A certain amount of respect has to be given to the filmmakers for just how far they decided to push the action. They obviously don’t really have any regard for the boundaries of taste and they do push things as far as they can to disgust the viewer, helped by the solid gore effects. But herein lies the biggest problem with Truth or Dare. Without anything to keep you interested or invested in the characters or action then the gore just all becomes gore and violence for gore and violence’s sake. Once we get to the bottle rape scene, any lingering sympathy or interest I had for the film completely disappeared. It seems the filmmakers lack any real knowledge about rape, sex (the sound effect over the top sounds like wet washing being slapped against a stone floor) or even basic anatomy, as the scene drags on too long frittering away the last of the viewers’ goodwill. From this point on Truth or Dare is a depressing slog towards its conclusion.

Truth or Dare is of extremely limited interest to anyone outside of the filmmakers’ and actors’ families. And even then, I don’t think their Grandmothers would approve.

A new trailer has surfaced on-line for horror anthology The Penny Dreadful Show, and along with it comes an official poster! We first reported on this film well over a year ago when […]

A New Horror Is Born as UTERO Enters Production

Writer/Director Bryan Coyne’s (Harvard Park and Incarnate) new film Utero started production this week in Los Angeles. Independently financed by Coinopflix, the movie stars Jessica Cameron who is also producing along with her Truth or […]

It’s never going to be OK, ever again with this trailer for ‘#Horror’

The first trailer for Tara Subkoff’s directorial debut, #Horror, has been unleashed tonight. The footage has some interesting moments of terror, and even though the cast all appear to be quite young, they hold up […]